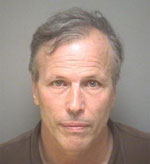 Former Mayor Blake Caravati was arrested last Friday night, charged with assault in a domestic dispute, CBS-19 reports. Police aren’t saying who the victim is; Caravati lives with his wife, Paula. The 60-year-old Democrat was elected to council in 1998, and was mayor from 2000–2002. Neither he nor the police have commented on the matter.

9/13 Update: The Progress has more detail on this story—which was first broken by NBC-29, incidentally—specifying that he’s charged with assaulting his wife, and that she did not need medical attention. Neither Caravati nor his attorney are commenting. There’s an initial court hearing on Friday.