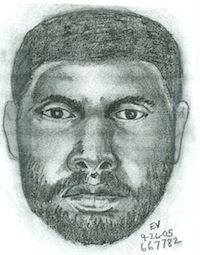 There’s a suspect in the Morgan Harrington murder case, the Daily Progress reported this afternoon. Apparently, DNA from the suspect was found, because a cold hit matched to a 2005 abduction and sexual assault case in Fairfax. A 26-year-old woman was walking through a residential neighborhood at 10 PM on a Saturday night when a ~30-year-old black male seized her from behind, carried her into a park, and assaulted her. (See the wanted poster for details on the suspect.)

7 thoughts on “Suspect in Harrington Case”