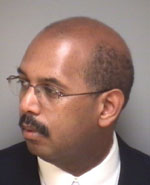 Child molester Jonathan Spivey is due to be released from the Buckingham Correctional Center on Tuesday, I see on the Virginia Department of Corrections’ site. The 49-year-old Charlottesville High School choral director and Mount Zion Baptist Church minister of music pleaded guilty to taking indecent sexual liberties with a minor, in his own office at CHS, and was sentenced to twenty years in prison in 2007. All but 21 months was suspended; perhaps the 4.5 month shortfall is from time served prior to sentencing. He was sentenced to five years probation after his release, and he’ll have to register as a sex offender.

3 thoughts on “Spivey Slated for Release on Tuesday”