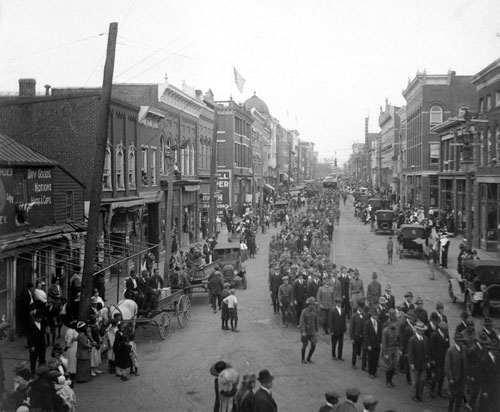 The above is a photo of a parade through downtown held in 1917, featuring the Monticello Guard, taken by Rufus Holsinger. UVa’s Special Collections Library has 9,500 photos taken by Holsinger in the first decades of the last century, mostly portraits, but many depicting the goings-on around town during his time. Just under 3,000 of these photos are available on the website, including 800 of Charlottesville and 1,100 of UVa. Most of the Charlottesville ones from the the nineteen-teens.

If you’re at all interested in local history, you’d best plan to set aside an hour or two to troll through this list. I’d love to see somebody do a then-and-now series of pairings of some of these images. Maybe one day UVa will provide coordinates and direction data for each of these photos. It would be great to map these.

8 thoughts on “Holsinger’s Photos of Charlottesville”