Randy Allen Taylor has been charged with the murder of Nelson teenager Alexis Murphy, Justin Faulconer reports in the Lynchburg News and Advance. Taylor was arrested a week after the 17-year-old’s disappearance in August, and charged with abducting her. Now a grand jury has indicted him on charges of murder. Murphy has not been found, and Taylor apparently is still insisting on his innocence, instead blaming a black, male drug dealer.

Do you recognize this man? 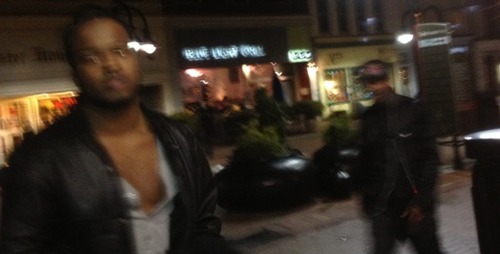 Charlottesville’s Marc Adams and his girlfriend, Jeanne Doucette, were seriously injured by this guy and two others on the Downtown Mall last week, Courteney Stuart writes in C-Ville Weekly. The two were walking downtown at 1 AM, after he finished his shift at work, when a group of four people—all African-American—approached the couple, and the three men set upon the couple with apparent glee. Adams was left unconscious with a concussion, amnesia, a broken ankle, a black eye, a missing tooth, and cracked ribs, while Doucette has bruises on her head and torn cartilage in her ear. While the three men attacked, a female friend looked on. The assault ended when passersby called 911 and Doucette starting taking pictures with her phone, including the above this photo of the female friend (and others, in the C-Ville Weekly article): 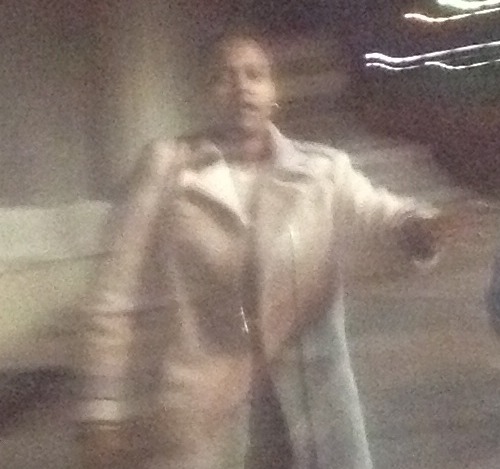 Adams wrote about the incident on Facebook immediately thereafter, but otherwise the Charlottesville Police raised no warnings and didn’t circulate the photos, leading the victims to post the photos to Facebook today, in an effort to warn others and to catch the attackers. Despite Adams’ immediate suggestion to the police that video from Wells Fargo’s security cameras would be helpful, it took a week before they requested that video, on Friday, and they haven’t gotten it yet. Department spokesman Ronnie Roberts says that they kept it quiet to avoid letting the attackers know that they were being sought by police.

Senator Creigh Deeds is hospitalized in critical condition with stab wounds, and his son Gus has died from a gunshot wound, police tell the Richmond Times-Dispatch. Creigh is receiving treatment at the UVA Medical Center. Police don’t yet know what happened. Creigh is, of course, the area’s state senator.

Albemarle County Commonwealth Attorney Denise Lunsford has filed a request with a Missouri court for an ex parte order of protection against a prominent attorney, who posted “nude and semi nude photos” of her to Twitter. The attorney, David Cosgrove, dated Lunsford when they were law students together 25 years ago. Lunsford, who is not married, started dating Cosgrove again last year, but broke it off to return to her long-time partner. In a response to Lunsford’s court filing, Cosgrove confessed to posting the images, but claimed that she “knowingly and voluntarily gave or allowed Mr. Cosgrove to take the images.” (Lunsford says that she didn’t know that most of the photos had been taken.) Last month, in an e-mail to Lunsford, Cosgrove confessed to “doing you harm” and that “I deeply regret my hazy and crazy actions.” Lunsford says that Cosgrove became angry when she broke up with him, which is when he started posting the images, in which he identified her by name; Cosgrove says, in his apparent defense, that he’s an alcoholic. The Daily Progress and NBC-29 both have stories about this.

Where things get weird is with CBS-19’s story. According to CBS-19, Cosgrove is now alleging that Lunsford is just trying to silence him, so that he can’t tell people that she “watch a movie in her home with her child present” (CBS-19’s words), and that disgraced—and wanted—former Board of Supervisors member Chris Dumler was present as well. Why in the world a woman can’t watch a movie in her own home, I have no idea, but perhaps CBS-19 will clear that up. (Note that there appears to be nothing about an an ex parte order of protection that would have prevented Cosgrove from making such allegations, although I’m not an attorney.) Given that Cosgrove has confessed to posting revenge porn of Lunsford, sharing images that may well be 25 years old, it’s difficult to give him the benefit of the doubt with this new claim.

There’s a warrant out for Chris Dumler’s arrest in Orange County, Chris Stover reports for CBS-19. He’s charged with a failure to appear in court but, unusually, he failed to show up as the attorney. In June—on the day that he resigned from the Board of Supervisors—he asked a judge to let him withdraw from a case that he’d thought was done. But the case wasn’t done, and when Dumler failed to show up at the next hearing, the judge ordered him to come to court to explain himself. He never showed, and the court has been unable to find him. In the Progress, Liana Bayne quotes Supervisor Dennis Rooker as saying that he thought Dumler planned to move away (a sensible decision), and all the supervisors say that they haven’t heard from him since prior to his resignation. Bayne went to Dumler’s home and found it maintained and apparently occupied, but Stover reports that Dumler’s phone number has been disconnected.

The 28-year-old Democrat was elected to represent the Scottsville district on the Board of Supervisors in 2011, but then he was arrested on charges of forcible sodomy, pleaded guilty to sexual battery, and eventually resigned his seat in June.